This week on GGN: take a look behind the scenes of the 2014 BET Hip Hop Awards hosted by none other than Uncle Snoop, airing TONIGHT (TUESDAY, OCTOBER 14th) on BET – Check your local listings for details. Plus: a sneak peek at Snoop’s first emcee rap battle Gladiator School in Atlanta co-hosted by battle rap pioneer Murda Mook.

Make sure to subscribe to WestFestTV for all of the latest videos from Snoop’s world. http://bit.ly/zXS65i

Tune in to this special edition of GGN: The Hood News as Uncle Snoop and Daz C-Crest go behind the scenes at the BET Hip Hop Awards to talk to the biggest names in Hip Hop! Snoop and Daz interview the likes of Diddy, 2 Chainz, Kendrick Lamar, Floyd Mayweather, Busta Rhymes, DJ Khaled, DJ Drama, Juvenile, French Montana, and many more!

Nemo Hoes brings Bow Wow into the GGN studio to talk about how far his career has come, his gig with BET, and how he got to kiss Tyra Banks.

Snoop Dogg announced today that he will be hosting the 2013 BET Hip Hop Awards. The shows airs October 15th on BET, make sure to watch the upcoming episodes of GGN to get all of the updates!

Snoop Lion is speaking up against gun violence, joining forces with BET and League of Young Voters Education Fund to increase the peace in urban communities nationwide. Join the movement by using hashtag #NoGunsAllowed on social media today.

The partnership goes live on June 29, 2013, during BET Awards weekend in Los Angeles, CA. The League of Young Voters Education Fund, Snoop Lion and BET will host “No Guns Allowed: Disarming Violence in Our Community,” a roundtable dialogue on the impact of gun violence in urban communities. The League of Young Voters also enlisted the NAACP Youth & College Division and Casey Family Programs to join the cause and sponsor the event. 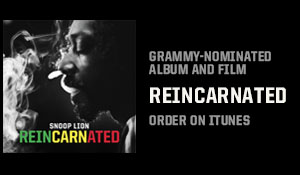 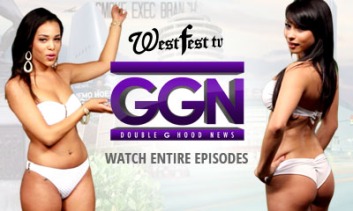 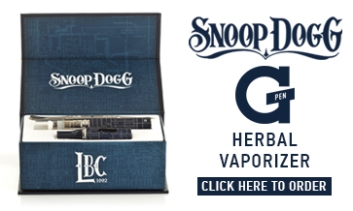